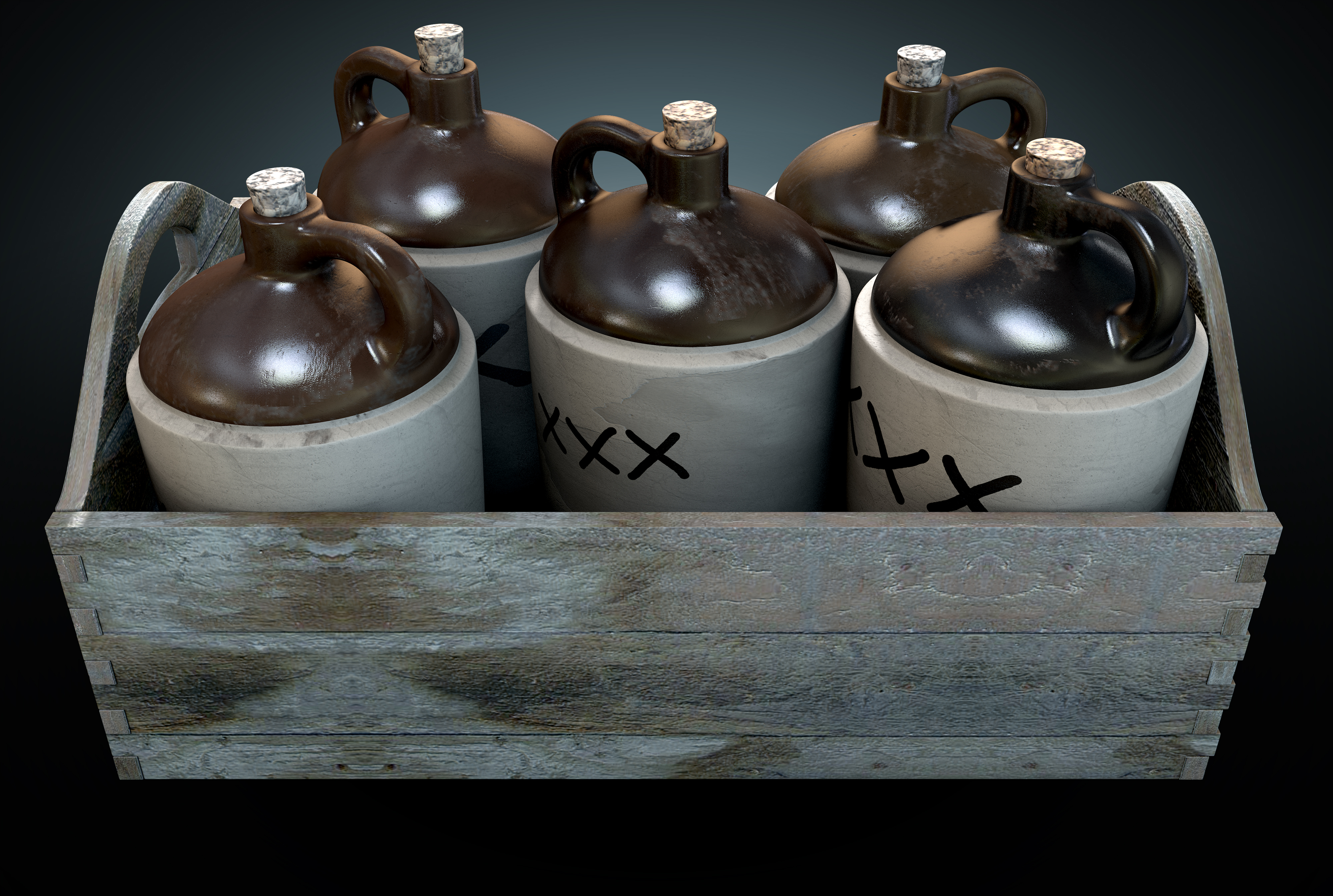 Mention moonshine and most people imagine a tall mason jar of strong, clear liquor. But the history and the drink itself are much more complex. Legal moonshine now sits on the shelves of liquor stores in jugs and jars that appeal to the outlaw reputation of the corn-based beverage. Most think of moonshine as an illegal liquor. But today's legal moonshine is classified as "other" or "specialty spirit" by the Alcohol and Tobacco Tax and Trade Bureau (TTB). This is the history of moonshine in America.

Where Did Moonshine Come From?

Moonshine was introduced in the hills of Appalachia by Scottish and Irish immigrants. They taught their neighbors and younger generations the art of distillation. The illegal moonshine industry became a way for farmers to survive harsh winters and others to make extra money. The history of moonshine is part of America's beginnings. If it weren’t for the American Revolution and the events that followed, families may have never come together to distill a beverage that was clearer and quicker than whiskey.

Moonshine is a high-proof liquor distilled in copper stills. Purists define the spirit as a homemade, un-aged whiskey, marked by its clear color, corn base, and high alcohol content. The alcohol content could peak as high as 190 proof.

The American Journey Of Moonshine

In 1791, the American government became one of the first major governments in the world to tax and control the alcohol industry. As soon as the U.S. government began taxing alcohol, its citizens began distilling moonshine. Taxing alcohol was a good way to generate income for the government, but people didn't like that. So, distilling illegal spirits became a part-time job for some and a full-time job for others.

The tension between the government and its citizens boiled over and the Whiskey Rebellion began in 1794. The suppression of the rebellion proved to be unpopular and became a detriment to the Federalist party. The whiskey tax was repealed in 1803. However, this didn't last long. The Civil War necessitated a new whiskey tax to fund the federal government. The taxes were as much as eight times higher than the price of the liquor itself. The Revenue Bureau of the Treasury Department transformed their "collectors" into a policing authority. And with the birth of the revenuers, the moonshiners were back in business.

In the early 1900s, alcohol was made illegal in most places. With Prohibition and a militant temperance movement to make the sale and consumption of alcohol a crime, moonshine sales exploded. As years and decades passed, the making and sale of moonshine showed no signs of slowing down. From 1920 to 1933, the U.S. began a nationwide constitutional ban on the production, importation, transportation, and sale of alcoholic beverages. With this constitutional ban, alcohol consumption went up and moonshine became a bestseller. From the 1950s onward, with the enormous number of dry counties in the South, moonshine distillation became prevalent there (and it still is to this day). For some, moonshine distillation isn't just a business, it is a family tradition.

How Moonshine Got Its Name

The name moonshine comes from the time in which people distilled the illegal spirit. Throughout America, distillers worked their stills at night to avoid detection. Distillation was popular in Appalachia due to the limited road network. This made it easy to dodge law enforcement. If there was a way to avoid the strong hand of the law, distillers found it.

Drinking moonshine has its risks. With no government inspectors or regulation, quality standards were not always good. A bad batch might contain dangerous chemicals like methanol. Methanol can acidify the blood, causing seizures, blindness, and death. This is where the saying "drinking yourself blind" comes from.

You may have seen old movies where a jug of moonshine is marked with a triple X. Before modern distilling techniques, a batch had to be distilled three times to get a higher alcohol content--well above 80% ABV. The three Xs were there to indicate that the moonshine had had three run-throughs.

Distillers of moonshine could not do it alone. They also needed drivers to transport the liquor across the country. The drivers that transported alcoholic beverages were known as “bootleggers” or “runners.” They smuggled the products across the U.S. in cars that were specifically enhanced for speed and load capacities. The cars had extra room for engines and heavy-duty shock absorbers to support the weight.

When they weren't "working," the bootleggers would race each other. This is where NASCAR got its beginning. Bootlegger Big Bill France founded the organization. The family still owns and operates NASCAR to this day.

In 2005, legal moonshine was distilled for the first time in North Carolina’s Piedmont Distilleries. They began by selling fruit-infused batches, hoping to restore moonshine’s reputation. Other distillers across the U.S. soon followed suit. Moonshine distillation is no longer an American thing only, it has gone global with distilleries in Scotland and Russia. Other countries, such as Albania, make a drink they refer to as Raki that is similar to moonshine but made from a variety of fruits instead of corn. A love of moonshine is gaining traction around the world as the U.S. introduces it.

Moonshine is a drink of many names. Known by several euphemisms, the liquor's nicknames are a pick-me-up for a bad day. You don't even need the drink to put the pep in your step. Hooch, homebrew, firewater, and rotgut are just a few. Everyone knows Mountain Dew, a lemon-lime soft drink that was created by the brothers Barney and Ally Hartman in Knoxville, Tennessee. It was meant to be a whiskey chaser, but its name was a nod to another moonshine nickname. The mascot was Willy the Hillbilly, and its slogan was "It'll tickle yore innards.''

As American as baseball and apple pie, moonshine was and continues to be produced and sold illegally today. To make it legally, the distiller and seller must have a license. Most people who make moonshine without one today do it to either bypass the alcohol tax or for nostalgic reasons.

Grab a mason jar or jug of moonshine at your local liquor store. It comes in many flavors, and it is best if the product is clear. Enjoy a glass of American history when you enjoy a jar of moonshine.