The Tantalizingly Odd Origins of Distillation 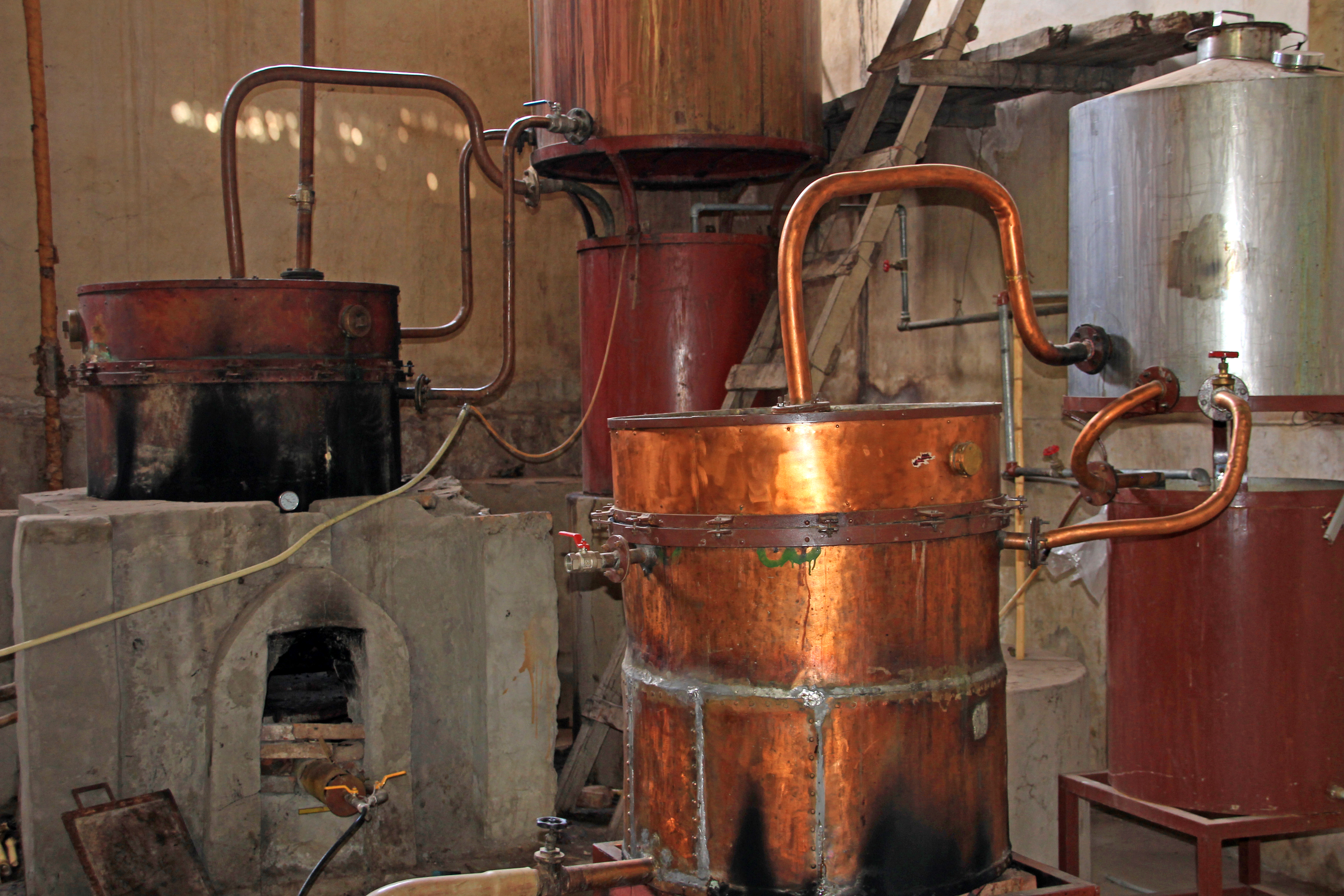 A Short History of Whiskey

Call it what you like--Whiskey, Whisky, Scotch, Bourbon, Rye. It all boils down to what was once called aqua vita, usage beatha, or in English “The Water of Life.”

Distillation, the process that makes spirits, picks up where fermentation ends. Fermentation is the natural process of creating alcohol. Animals regularly get drunk on fermented fruits--from treeshrews and rhesus monkeys to the occasional moose. Distillation concentrates the alcohol produced by fermentation, allowing for higher alcohol by volume. Anything that can be fermented can be distilled. The most common--grains, potatoes, agave, sugar cane, and wine--give us whiskey, vodka, tequila, rum, and brandy.

Early distillation had nothing to do with alcohol.

The earliest physical evidence of distillation equipment comes from Tepe Gaura in Mesopotamia, modern-day Iraq, circa 3,500 BCE. Other evidence comes from cuneiform tablets found in Babylon that reference using a distillation process to create perfumes. Distilled spirits didn't yet exist, and beer was the beverage of choice. It was even used as a currency.  Winemaking was present but not as popular. The retorts unearthed from Tepe Gaura would have produced a weak liquor, as much of the alcohol burned off at a temperature too low for the terracotta pots to collect.

The Philosophers' Stone and The Water of Life

Most know the Philosophers' Stone from the first Harry Potter book. (In the U.S., it was called Harry Potter and The Sorcerer's Stone.) It was the Holy Grail of Alchemistic research. It would turn base metals into gold and provide an elixir that would rejuvenate and give you immortality. No alchemist ever achieved the Philosophers' Stone. But alchemy was responsible for the development of distillation and the discovery of many fundamentals of chemistry.

Many of the first distillers were alchemists. In the 700s, the possibly mythical Jabir Ibn Hayyan (died c. 806-816 CE) was known as the Father of Chemistry. His work was translated into Latin under the name Geber and was used as the basis for many alchemical texts. He is also credited with creating the alembic still. This was the key to collecting the “sprit” made of higher-proof alcohol. The discovery didn't immediately lead to the drinking of spirits. Jabir noted that the distilling process produced a flammable vapor. It was, in his words, "of little use."

It may be that the Arab poet, Abu Nuwas, (as famous for his drinking as his poetry), wrote the first description of drinking distilled alcohol. He described it as "the color of rain-water and hot inside the ribs as a burning firebrand."

The distillation process made it into print in the early 1500s in France. It was eventually expanded into "The Art of Distillation" in 1651 by the Englishman John French. And it also included a reference to "…the Anatomy of Gold and Silver, with The Chiefest preparations and Curiosities Thereof, and Virtues of Them All," indicating that the belief in alchemy and the transmutation of metal still endured.

From Monks to Moonshine!

Distillation moved across Asia, through the Mediterranean, and into Europe. In the British Isles, the written record of whiskey begins in 1405. The Irish Annals of Clonmacnoise notes the "Chieftain of Moyntyreolas died at Christmas by taking a surfeit of aqua vita."

The oldest reference in Scotland comes from the Scottish Exchequer Rolls, where it is recorded that in 1494, "eight bolls of malt to Friar John Co wherewith to make aqua vitae." Both Ireland

and Scotland are always looking to find an earlier date, and there may be a reindeer skin with just the evidence needed. But until that is validated, the written record will have to do.

By all accounts, early Irish and Scottish whiskies were un-aged and flavored with herbs. Modern takes on this ancient style include Irish Mist, a whiskey flavored with heather, clover honey, and other herbs. Scotland's Drambuie is made of a blend of scotch whisky, heather honey, spices, and herbs.

The first alcohol produced in Plymouth and Jamestown's colonies was beer. (Mead and cider came not long after). But early copper stills, imported from Europe, were likely with the settlers. They would have distilled alcohol from a range of berries, potatoes, apples, plums, peaches, and grain. The most popular of these were peach brandy from the south and applejack (a brandy distilled from cider) from the north.

Early distillations were raw and un-aged. Lots of farms had stills, including many owned by the Founding Fathers. George Washington knew armies ran on alcohol. He used whiskey to muster the troops. And at one point, he even suggested the creation of public distilleries. In the end, there were no public distilleries. But Washington did end up being the largest producer of whiskey in the region. In an effort to provide funds to cover the cost of the Revolutionary War, the U.S. government enacted the first tax on a domestic product–whiskey. The uproar caused by the act lead to The Whiskey Rebellion of 1791.

As Americans moved west, whiskey went with them. Whiskey was considered a necessity on wagon trains. It was both a treatment for snakebite (a shot of whiskey and a tobacco poultice for the wound), and a form of currency.

Want more information on the history of whiskey in America? You can't do better than The Book of Bourbon by Gary Regan and Mardee Hardin Regan. The book is published, with their permission, on the Distilled Spirits Council's website.

A Perfumer, an Alchemist, and a Monk walk into a bar…

The intertwined arms of perfumery, alchemy, and the Catholic Church make the history of whisk(e)y so unexpected and convoluted. The desire to smell sweet spurred perfumers to find a better method to extract the scent of herbs and flowers. This led to the first simple clay retorts. Then the search for the Philosophers' Stone and the Elixir of Life led to the development of iambics and pot stills.

The distillation process, perfected along the Mediterranean, then moved north with Christian monks to Ireland and Scotland. Descendants of the Irish and Scotch made the journey to the new world, bringing their skills and love of the “The Water of Life” with them.

Have a favorite story from the early days of whiskey making? Tried one of the ever-increasing numbers of "historic" sprits? Let us know in the comments!