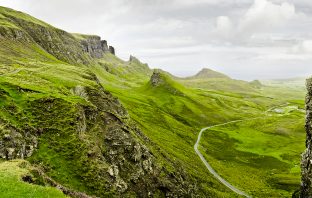 Scotch whisky is one of the most revered and distinguished beverages in the world. With so much cultural cachet and so many different subcategories, scotch can be a little intimidating. But not to fear, in this article, we break down Scotch Whiskey's 5 regions in Scotland and their distinctive whisky styles!

Because of its lengthy history and its prolonged international commercial success, Scotch whisky can only be called Scotch whisky when it is made under strict regulations. Put in place by both the European Union and Scotland, these laws protect genuine scotch distillers from counterfeit products sold under the same name. The 2009 Scotch Whisky Regulations require the following standards for a beverage to be called scotch:

Beyond the regulations, Scotch whisky is famous for its unique flavor profile, which manages to have infinite variations within the overarching commonalities. The production styles of scotch vary based on regional traditions as well as geographical resources such as water sources and peat deposits. Wine lovers among us might recognize this as terroir. The whole of Scotland is broken down into five regions (some might say four), each with its own distinctive character, or terroir. 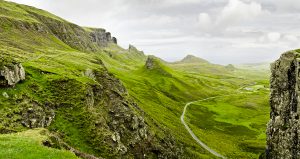 Mountains in the highlands.

Geographically speaking, the Highlands is the largest region of Scotland. Because of its geographical diversity, it is also the region that produces the widest range of scotch styles. Many of the whiskies coming from the Highlands serve as a great introduction to scotch: easy to love with a sweet, soft finish. Because the Highlands produce such a crowd-friendly style of scotch, they often make the best gifts. (Check out this link for more gift ideas to go with your Glenmorangie!)

Named for the Spey River around which it is located, Speyside is known for a complex yet balanced style of malt scotch. It is a natural next step in your scotch explorations, with some producers making a honeyed, elegant style of scotch and others (like Glenlivet and Glenfiddich) producing a lighter, more delicate style. Speyside scotch is one of the most special beverages in the world and deserves a place on your bar in a beautiful handmade decanter. 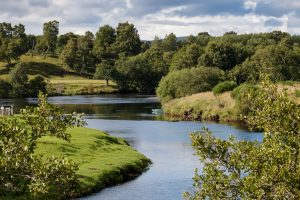 Spey River near Boat of Garten 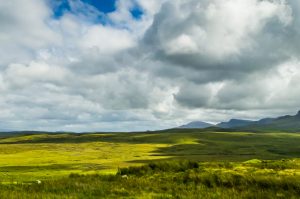 Having fewer distilleries than the Highlands and Speyside, the Lowlands have a more unified style than the previous two regions. The Lowlands style is triple-distilled, which results in a much lighter, more subtle style of whisky. These whiskies tend to be markedly less “peaty” than that of other regions, although there are a few distilleries that distinguish themselves with their use of peat (see: Alisa Bay, Annandale).

The whiskies from this region are delicate, light on their feet, and fantastic for serving as a pre-dinner tipple. Look for a citrusy character and grassy, herbal notes. And how about a scotch decanter to match their character?

The island of Islay,  pronounced “EYE-lah,” is situated off the southeastern coast of Scotland, heading toward Ireland. Perhaps the most distinguishing characteristic of this region is the concentration of peat deposits on the island. Islay has the best quality and is the most abundant in the peat of all five regions. 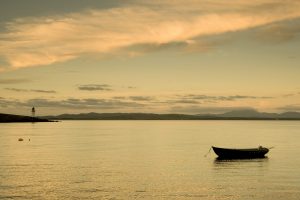 The Island of Islay, Scotland

With a distilling tradition, Islay scotch boasts a highly unique style. The comparatively sunny, mild climate allows the grain to develop beautiful fruity flavors. Due to the naturally abundant peat deposits on the island, the typical style from Islay is quite heavy on the peat notes, resulting in a strong, medicinal flavor profile. The distilleries are located near the edges of the island, and the sea imparts a briny character to the whisky. 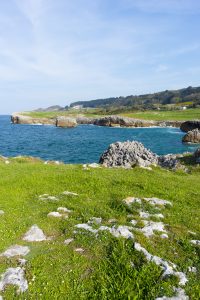 Paul McCartney sang about the “mists rolling in from the sea” in his song Mull of Kintyre. Campbeltown encompasses the peninsula of Kintyre, just hanging off the Western Highlands. Once a leading producer of scotch with over thirty distilleries at its peak, Campbeltown’s production quantity has declined over the years. It is now famous for its single malts, enjoying something of a renaissance in quality and popularity. Typical flavors of Campbeltown scotch include robust notes of dried fruit, vanilla toffee, and maritime brine.

The chief delight of exploring Scotch whisky is all of the fascinating variations in style, based on producer and region. These sometimes wonderfully subtle, sometimes delightfully obvious distinctions are what make scotch a lifelong passion for many whisky lovers. Out of the Highlands, Islands, Speyside, Lowlands, Islay, and Campbeltown, which is your favorite region?

Stir all ingredients with ice and strain into a chilled cocktail glass. Garnish with a maraschino cherry.