Wine Regions Of The United States: 6 States You Need To Know 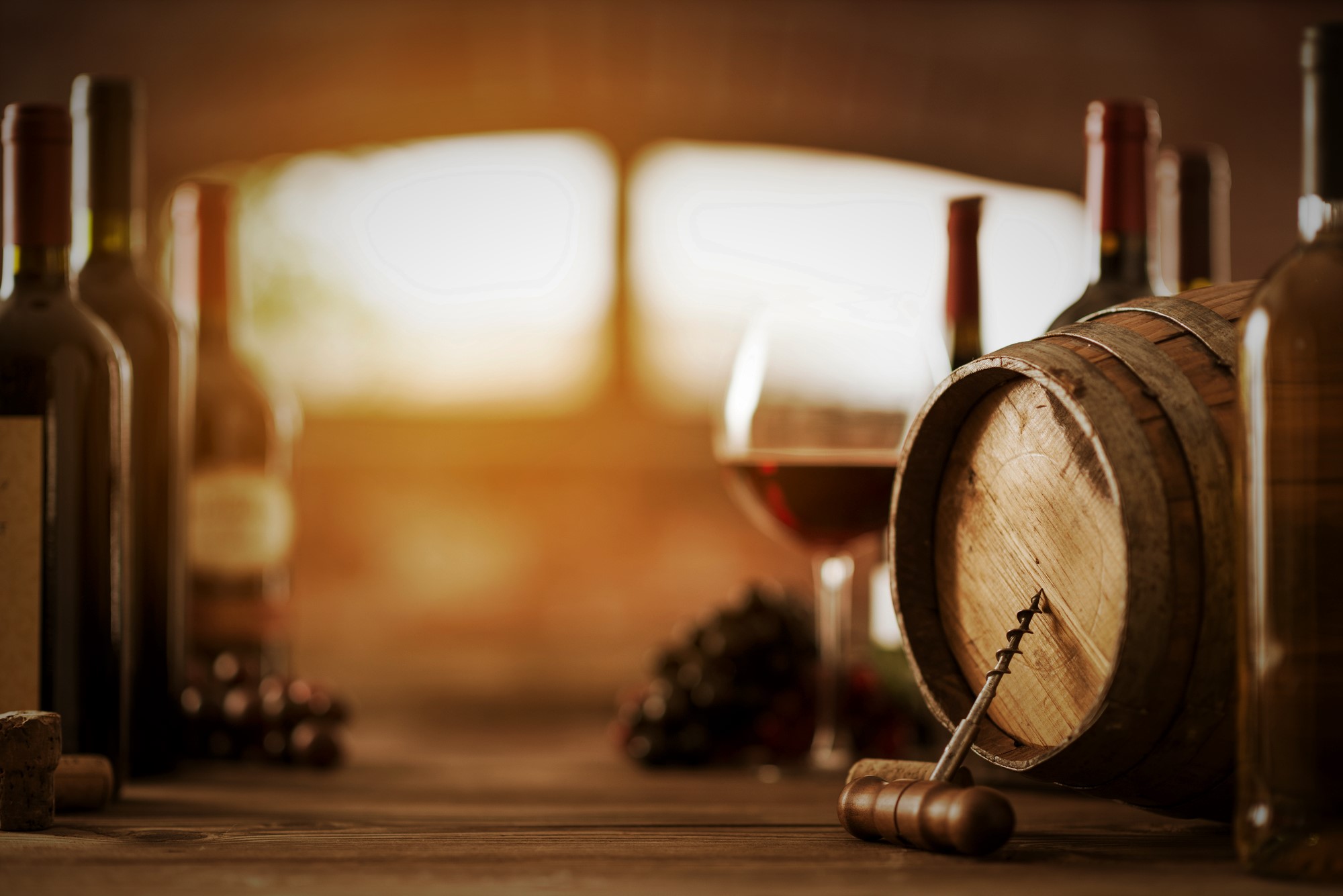 The United States hasn’t been producing wine for that long, compared to the Old World. But it has come a long way in a relatively short amount of time. We may be the new kids on the block. But as of 2019, the United States was the fourth-highest wine-producing nation in the world. Pretty good standing for a country that is only 244 years old!

The States are coming up quickly in the world of wine. But many people are still unfamiliar with all of the country’s wine-producing regions. That’s why we’ve decided to put some of them on display here. In this article, we will take a look at the big boys and girls of wine in the United States.

There are quite a few wine regions in the U.S. And more are popping up every year as brave new vintners try their hand in parts of the country that have never held vineyards. (So, if we’ve left you out of the equation, let us know. It wasn’t intentional!)

Ask most people where most American wine is produced, and they are going to say: California. They would be correct.

Although California gets all four seasons, it doesn’t get too hot or too cold. At least in the peak area, this is true. Rainfall is also fairly predictable. And the long, dry summers are perfect for growing plump grapes. You’ve likely heard of Napa Valley wine, even if you aren’t an oenophile.

The region is famous for its beautiful vistas and luxurious vineyards. And most recently, its buttery Chardonnays have seen a white wine renaissance that has spread worldwide.

It is the region’s Mediterranean climate that makes it so productive and desirable for winemaking. Napa Valley is like a chunk of the Old World wine kingdom stitched into America’s west coast.

California wine country is far more than just Napa Valley and Sonoma (though both places are great locations to start a wine vacation off right). Visitcalifornia.com has a great rundown on where to go after that.

Washington might not have the storied past and Old-World footprint of California’s wine country. But this state has scrapped its way to the number two spot of wine production in the country. Some may say that California wine country has long sought to become the new France. But Washington has made a name for itself by producing a different type of wine.

Washington didn’t get big by mimicking the centuries of success of the Old World, but by doing things with a modern twist. Washington wines have been, and are, for the most part, produced so that they can be enjoyed right away. And they’re appreciated for not putting a huge dent in the customer’s bank account.

Instead of producing bottles destined to collect dust in cellars, Washingtonian winemakers have long focused on making ageless wine that gets consumed fast. Columbia Valley wines are now all over the world. And they rank right up there with wines produced from vineyards hundreds of years old.

Washington state has over 900 wineries. More than you could probably ever get to, but we suggest you give it a try. The Walla Walla Valley is one of our favorite places to taste, and we can’t recommend it enough. Check out Winecountrywashington.com for more info.

The Beaver State is another up-and-comer in the world of winemaking. Oregon Pinot Noirs are just about as sought after as their long-famous French counterparts. The state’s cooler climate and heavy rainfall allow it to focus on grapes that neither California nor Washington can grow quite so well. Two examples are Pinot Noir and Pinot Gris.

Oregon also has a penchant for Riesling, Chardonnay, and Gewürztraminer, making Oregon sort of like our own little Germany.

With over 725 wineries and growing, there is so much Oregon wine country to discover. Check out Oregonwinecountry.com for some ideas on how to plan your Beaver State wine tour.

If you were looking for patterns, you might think that Oregon would be the third-largest producer of wine in the country. But that award goes to New York State. The state began producing wine nearly a century before grapes were growing on the West Coast. So, despite its much smaller size, The Empire State still gives California and Washington a run for their money.

New York has 471 Wineries, 11 American Viticultural Areas (grape growing regions), and over 35,000 acres of vineyard. You could say that wine is a big deal for New Yorkers, especially considering that wine production in the state began in 1788, before New York was actually a state and before the United States was considered a country in its own right.

New York State is well known for its sparkling wines and Riesling thanks to its cooler climate and mineral-rich soil. The Finger Lakes region is the biggest producer and most popular destination for wine tourism, though there are six other major AVAs to visit.

Newyorkwines.org is the place to go to plan your wine tour of the Empire State.

Virginia is likely the oldest wine-growing region in the country. So move over, New York. We’re reasonably certain that the soon-to-be nation’s first vineyards were planted in Jamestown in 1607. That’s 414 years of wine growing, folks. No wonder Old Dominion is an American wine powerhouse.

Northern Virginia, Central Virginia, and the Shenandoah Valley are the top spots to spend your time with a glass of vino in Appalachia. American history and wine blend together all across our country’s seat, and Virginiawine.org is your launchpad to this wine dominion.

The state is famous for lesser-known varietals like Viognier, Cab Franc, and Petite Verdot. These are big names in regions of the Old World but new to many of us in the States. Virginia may be the oldest wine region in the country, but it is one of the best places to learn something new about wine.

For an Old-World experience in the New World, Virginia is among the most unforgettable places to experience wine as it was intended.

The Lone Star State has plenty of space for wine growing. It’s no wonder that it is one of the big names in town. The Texas Hill Country is the second-largest wine-growing region in the country, right behind (you guessed it)...California.

Texas gets a lot of sun. And its warm, dry climate makes it perfect for producing big, acid-heavy grapes and big Spanish-style wines. For some of the best Tempranillo and Albarino outside of Spain, this southern state is the place to go.

The fifth-largest wine-growing region in the United States is a beautiful place to tour wine, especially if you like the sound of peppery, spicy, fruit-forward wines that whisk you away to the Iberian Peninsula. (Though in Texas,  you can drink your wine in a cowboy hat and not look out of place.)  Texaswinetrail.com is your place to learn more about The Texas Hill Country and beyond.

Hopefully, we slaked your thirst for wine knowledge, at least for a bit. These six top wine regions in the United States are so vast and expansive you could spend the rest of your life drinking a different wine in a different setting every day and never hit them all. (Now that sounds like an extended vacation we’d like to attempt.)

This is the beginning of a series of articles where we intend to expand your knowledge of wine regions around America and beyond. And much like our Atlas The Bearer Of The Worldly Spirits Decanter, we intend to carry the world of wine to you. So, stay tuned for more soon.

Do you have a favorite wine region in any of these states? What makes it special to you? We’d like to know.