Why Have a National Rum Punch Day? 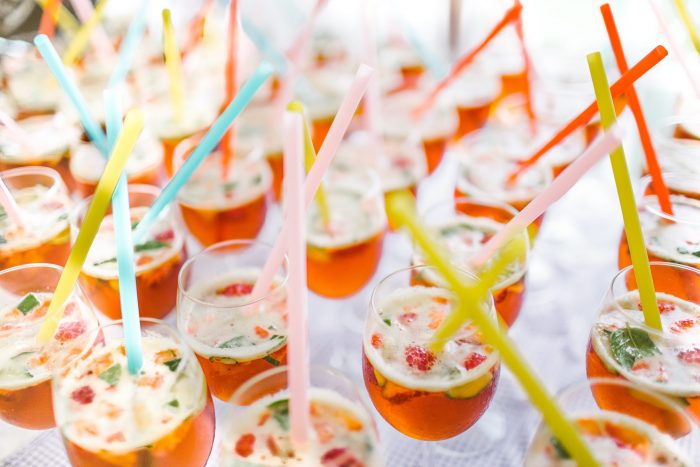 Unlike National Bourbon Heritage Month, there’s no congressional decree that makes September 20th Rum Punch Day. The specific history of the holiday is a little thin. It just appeared in a world that needed it.

Why do we need a Rum Punch Day? Because rum punch belongs in a broader taxonomy of Tiki cocktails, which are all about escapism. And this year, in particular, we could all use a little escapism. Tiki bars know that you can’t always just jet off to exotic locations when life gets hard. But you can sit down at happy hour and enjoy the sublime combination of rum and fresh fruit juice.

Tiki cocktails don’t hold back with the rum. They’re classic rum cocktails that use two or three times as much booze as other drinks–mixed with other incongruous spirits. For instance, the Scorpion Bowl brings together gin, cognac, and rum, and then sets them on fire for good measure–best enjoyed with friends.

We’re assuming that 2020 isn’t going the way you planned. None of us pictured the collapse of the bar and restaurant industry and out-of-control forest fires consuming the West Coast while we tunelessly sang Auld Lang Syne on New Year’s. That’s why you deserve to mix up a rum punch or two and celebrate escapism this September 20th.

What is Rum Punch Made Of?

Photo Credit: Bacardi on Facebook
Easy rum recipes call for a combination of juices and multiple bottles of rum–light, dark, and demerara.

The first cocktails ever were easy rum drinks enjoyed in England. So when you celebrate National Rum Punch Day, you’re also celebrating the history of cocktails. Rum wasn’t in the original punch recipes. They used wine or brandy. But as rum imports from the Caribbean and U.S. colonies increased by the mid-17th century, traditional rum punch took the British upper class by storm. 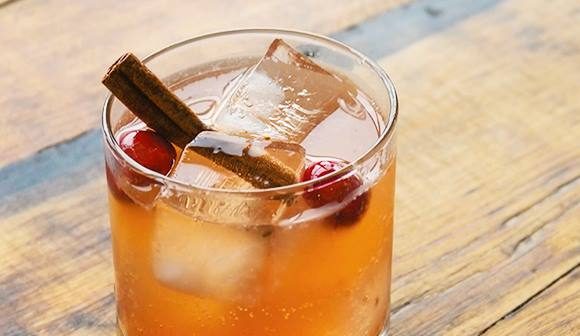 Photo Credit: The Wine Bar Stambord on Facebook
Easy rum drinks taste complicated with the right garnishes–reach for cinnamon and nutmeg to top your rum punch.

The very word, punch, is a hint for how to make a classic rum punch. It’s an adaptation of the Hindi word for “five,” which is the number of ingredients.

Working with the basic 1:2:3:4 proportions, you can improvise a rum punch at home. Throw it into a punch bowl, either over a giant block of ice, crushed ice, or frozen fruit juice. It’s an instant party (just ask 17th century Brits). Use the spice as a garnish–grated nutmeg or cinnamon will make the drink.

Photo Credit: Photo by Boris Stefanik on Unsplash
Stocking your home bar with good rum is an economical way to diversify your spirit lineup. Even the best rums to drink straight are relatively affordable.

A word on ingredients before we get into the nitty-gritty of making Rum Punch Day happen. Treat yourself to some high-quality juices. Nothing from concentrate, frozen, or with added sugar. Why? Because you deserve nice things. But also, fruity rum drinks have an undeserved reputation for being intolerably cloying. With good ingredients, they’re delightful tropical beach vacations in a glass.

What separates the Bahama Mamas from the Bermuda Swizzles is the quality of juice. Use fresh juice where possible, like squeezing lemons and limes instead of using bottled juice. You’ll be able to taste the difference, we promise.

If you’re here for the easy rum recipes, the Planter’s punch is for you. It takes just a few ingredients and is one of our all-time-favorite dark rum drinks.

Combine the first five ingredients in a cocktail shaker with ice. Shake vigorously and strain into a glass with ice. Garnish with cinnamon and a fresh mint sprig.

Ever hear about the Great Molasses Flood in Boston? They loved rum so much that molasses filled their streets. Make a sweet/sour lemon syrup for this refreshing and easy rum punch recipe.

Peel the lemons, being careful to avoid the white pith. Cover the peels with sugar and gently muddle, then leave at room temperature for six to eight hours. The sugar will extract the lemon oil from the peels. Remove the peels from the sugar and juice the lemons. Mix lemon juice, sugar, and warm water. Stir until sugar dissolves, then chill (both you and the lemonade). Combine rum and lemonade in a shaker with ice. Shake vigorously, then pour into a chilled rocks glass and enjoy.

Photo Credit: Photo by Mae Mu on Unsplash
You don’t have to make a traditional rum punch to celebrate–use your favorite spirits and liqueurs and add rum.

If a rum punch recipe by the gallon is more your speed, mix up a big bowl of this Negroni Punch. It’s the perfect way for lovers of the bittersweet Italian liqueur, Campari, to celebrate National Rum Punch Day.

Juice the 10 lemons and add cloves. Pour into large ice cube molds. If you don’t have any, Tupperware works fine. Combine Campari, rum, and honey and pour into a punch bowl over the frozen lemon juice.

Photo Credit: Rhythm Kitchen on Facebook
Zhush up your fruity rum drinks with creative glassware and a drizzle of grenadine.

This easy, eyeball-it rum punch recipe from Bon Appetit captures the spirit of Tiki. With the right ingredients and some basic proportions to work with, even the most improvised cocktail will taste great.

Combine everything in a cocktail shaker with ice and shake, then strain into a Collins glass over fresh ice. Garnish with a cinnamon stick or grated nutmeg and enjoy.

Here’s another rum recipe by the gallon if you’re really escaping for the day. It’s a more grown-up punch. The recipe highlights herbaceous liqueurs and sherry–not juice.

Combine all ingredients in a large bowl over a block of ice. Garnish with grated nutmeg for extra pizzazz.

Creating Your Own Rum Punch Traditions

Rum doesn’t get enough respect from home mixologists. Mostly, people leave it behind as they become more experienced drinkers. But there’s an entire day of the calendar dedicated to the institution of rum punch. So, in honor of National Rum Punch Day, we ask that you at least reconsider your stance and add a bottle or two of rum to your home bar.

If you’re looking for a new spirit to fill your home decanter, these are the best rums to drink straight, and they come at a fraction of the cost of bourbon.

Photo Credit: Photo by Claus Grünstäudl on Unsplash
The best rums to drink straight age for up to 35 years but won’t blow your budget for the home bar.

While you should treat yourself by mixing up an easy rum punch recipe for National Rum Punch Day, you should also keep a bottle of aged rum on your home bar for filling your rocks glass at the end of the week. It’s a spirit with as much character and depth as bourbon or Scotch, with a little more playfulness.