We’ve got a special Old Fitzgerald 9 year review for you today. This is a highly sought-after limited-edition release bottle that comes with a hefty price tag (that's if you can find it at all). Rest assured, we’ll let you know whether it's worth the price and the hunt. We’ve got a full review of the Old Fitzgerald 9-year release coming right up.

Getting to Know Old Fitzgerald 9 Year

Before we get to the Old Fitz Bottled in Bond 9 Year review, we need to give you a little background on what makes this such a special bottle. First of all, Old Fitzgerald is a historic brand of wheated bourbon that has been on the market since around the turn of the 20th century. The brand has changed hands many times over the years, but it is presently owned and produced by Heaven Hill.

Always on the market is the basic Old Fitzgerald bourbon. It’s a 90-proof, low-cost wheated bourbon. It’s nothing to write home about, but it’s a solid wheater at a cheap price. Throughout the years, there have been additional releases such as the Very Special Old Fitzgerald 12-Year-Old, and the Old Fitzgerald’s 1849. Good luck finding those unicorns.

As if 100-proof age-stated wheated bourbon didn’t have enough of a draw on its own, Heaven Hill also decided to put the whiskey in beautiful glass decanters. This particular review covers the Fall 2018 release, the second (among ten) in the series. Let’s get to the whiskey.

The nose on this bourbon can be a bit deceiving. At first sniff, you’ll pick up soft notes of vanilla, hay and oak. Remember, this is a wheated bourbon, so it won’t have those bright rye spices. Once you spend some more time with the nose you’ll begin to pull out raisin, green apple and even a nice mix of cinnamon and brown sugar. What a way to begin.

If you were hoping for a warm, creamy mouthfeel, you’re in luck because this bourbon is as creamy as they come. To go with that chewable texture, you’ll get vanilla, raisins, and a hint of butterscotch. Incredibly, this 100-proof bourbon doesn’t have much bite but is still full of flavor. And it's certainly worthy of the Prestige whiskey glasses and decanters too.

The finish on this bourbon just continues to warm as you let it linger. Once again, vanilla and raisins are present, with some oak that lasts for just a short time. It’s very pleasant, but at the same time, we’re left wanting a little bit more. We’d like a little bit more oomph than we’re getting. Overall, though, it’s a medium-length finish and very pleasant. 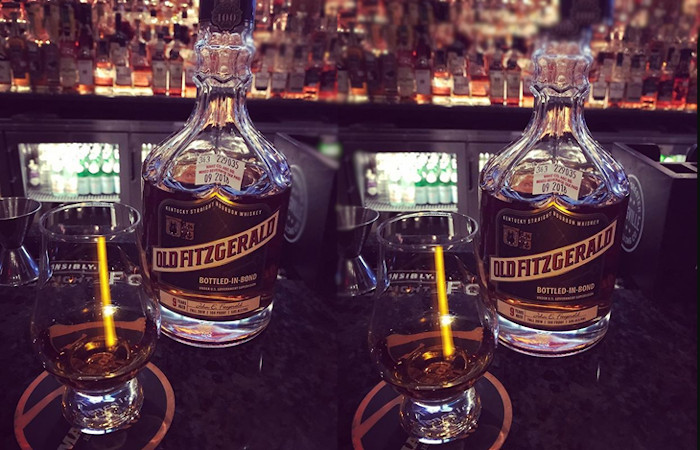 “This is a great pour! Different than the 11 yr, big hints of cinnamon and subtle vanilla on the front end and very smooth finish. Now to find a bottle for the house!” - @jmbyers66 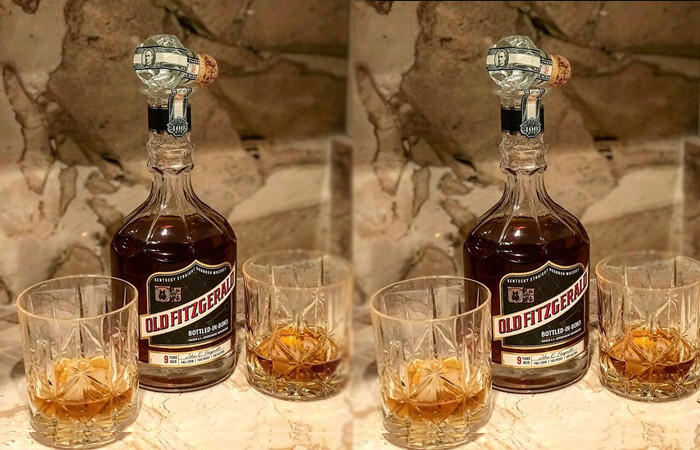 “Had the privilege to sample the elusive Old Fitzgerald 9yr courtesy of the generous @joshmark15. I believe it's just starting to make its way out to California and as expected, it's a solid pour. Would it be odd if I thought it was more enjoyable than this year's Old Fitzgerald 11yr?” Maybe. - @bourbonconnoisseurs 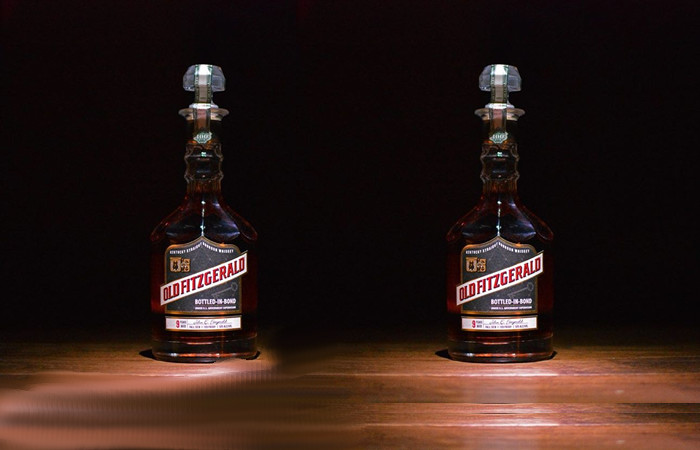 “I said it before, it’s all about that bottle. Ok, the juice inside this is pretty freaking good too. Saving this for the holidays for a special bottle to share.” -@bourbonwanderer

“The newly released Old Fitzgerald 9yr Bottled in Bond (BiB) makes its debut in the WWW. (Thanks to @almiller05) This bottle is making a case for the classiest in my collection. My first impressions for the juice inside the bottle is it’s a great all-around great bourbon; classic flavor profile and very well rounded. I’m a big fan of this one! I’m also a big fan of this week's musical feature, Little Richard! Not sure anyone brings the level of energy he did in his prime. Long Tall Sally & Green Power are my personal favorites, with an honorable mention for Tutti Frutti! Some chocolate covered Almonds round out the night! Cheers!” – @mattmozzoni

Overall, the Heaven Hill 9-Year release is a fantastic bourbon. It retails at around $90, and if you can find it for that price, buy it. You will not be disappointed. Unlike so many limited-release bourbons, this is truly one of a kind. The unique age statement, the beautiful decanter: this is a really exclusive product. Have you tried any of the other Old Fitzgerald releases? If so, how do you think they stand up against this 9-year?