These Islay Scotch Distilleries Are The Bomb 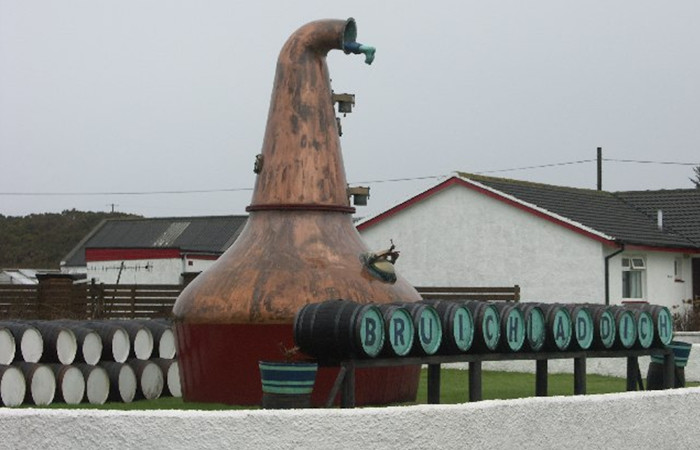 Ready to learn about some Islay Scotch distilleries? We’re all about learning here at Prestige Decanters. You’ll note that many of our posts center on the newbie experience. We invite you to dive into the realm of Scotch, a bit of culture, and a touch of geography. Maybe you’ll even gear your mind toward travel someday soon. How cool would it be to visit all eight-plus of these? We’ll answer for you: very cool.

We think you’ll get excited as you get to know some things about each of these famous Islay Scotch distilleries. In fact, this will just be a sip. We strongly encourage you to learn even more at your leisure. Allow us to give you a jumpstart. But keep exploring! And definitely keep tasting!

What Is Islay Scotch?

First of all,
we’ll teach you to pronounce it correctly. It’s EYE-lah. Now you don’t have to
embarrass yourself when you say it the way it looks.

Islay is
actually an island. It’s located off of Scotland’s southern coast. Its location
is a natural Scotch goldmine. By this, we mean that the land, soil, and an
abundance of barley make it ideal for distilling this spirit.

It is here that you’ll find the funk. The flavor. The faithfully fabulous smoke and peat. Islay is not for the weak. It’s for the bold, courageous risk-takers. It’s also for those steeped in tradition and history. In both the land and the sea.

Here we have it, ladies and gents. These are the most famous Islay Scotch distilleries on the map. If you’re interested in Islay Scotch distillery tours, we recommend checking these out! For now, read a snippet about each distillery. (The landscape and sites are an added bonus. Scotland is absolutely breathtaking. It’s rich with history. And plenty of ghosts.) 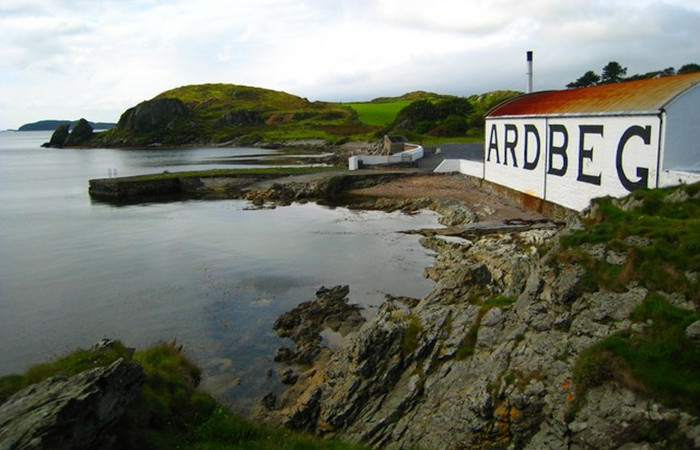 One of the best, right here! | Image credit: Geograph

Ardbeg is reputable, to say the least. You’ve
likely seen the bottles. You already recognize the brand. It was founded in
1815, so it’s had time to settle in our minds as a king of Scotch. It’s
synonymous with Scotch. Floral and peaty, Ardbeg 10 (a turn of the century
masterpiece) and many other bottlings have become a staple.

The distillery ceased production in the 1980s. But by the late nineties, it was back in business. Glenmorangie purchased it in 1997. Miraculously, it was already distillery of the year by 1998. It’s been a 200-year story worth hearing. And certainly worth tasting. 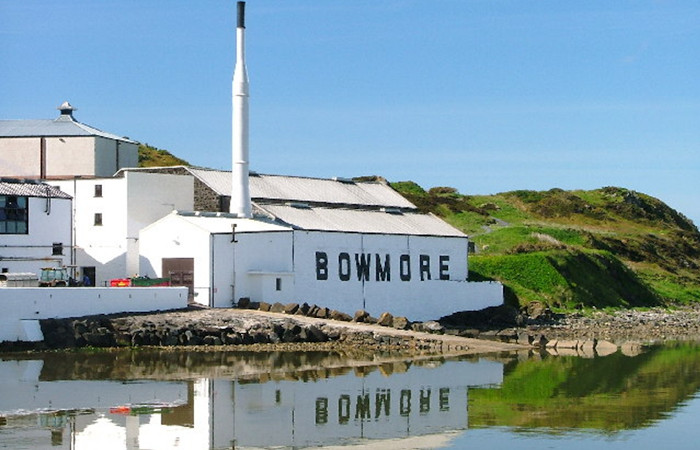 Bowmore is known as the oldest legal distillery on
the island. It’s the second oldest in Scotland at large. This distillery began
its tradition in 1779. It even features a malting floor. This means the barley
is still turned and stirred by hand. Old school and delicious, we say. It’s
balanced and memorable. Bowmore 12 Single Malt is a favorite. And we commonly
recommend it as a starter Islay Scotch. At this distillery, you’ll find a
steady pour of both peat and fruit.

Townsfolk will tell you that distilling happened before 1779. Almost a decade earlier, actually. It’s a living and thriving legend among the Islay Scotch distilleries. We love that the place served as an airbase during WWII. It halted production and joined the war effort. Beam Suntory acquired it in 2014. These are just a few of the many brilliant facts you’ll learn on a tour.

Bruichladdich was built for Scotch in 1881. Most of these
Islay Scotch distilleries started out as farmhouses and barns. A huge whisky
name stands in the background of this one: William Harvey. His three sons
created an impressive headquarters. You guys. The landscape out here is
gorgeous. The quaint villages are picturesque. There’s a communal spirit afoot
as you visit. You feel it warmly slapping you on the back. And you don’t want
to leave.

The distillery
prides itself on unique, progressive offerings. The lineup is forever shifting
and exciting. We appreciate their openness, courage, and quest for distinct
Islay Scotch character. They’re not trying to be exactly like their neighboring
distilleries. They’re cracking expectations every day.

We love their focus on the land and community. It’s similar to what we do here at Prestige. Bruichladdich reaches out and employs local farmers and families who enrich their process. Check out our online shop to see what our very own Kentucky wood masters and glass artisans do for us! 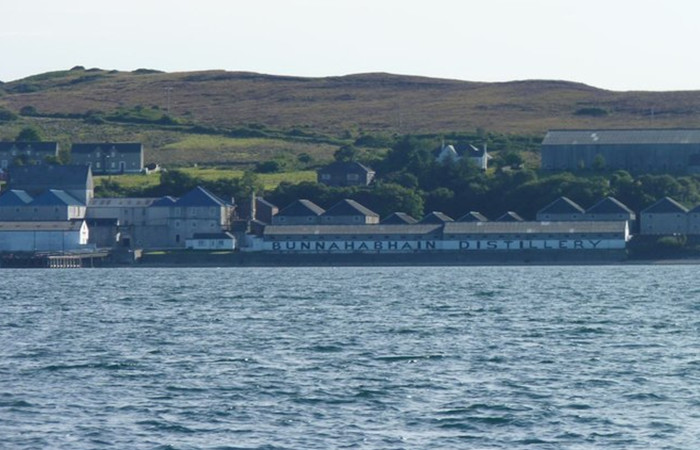 Bunnahabhain is Gaelic for “mouth of the river.” It is located at the mouth of the Margadale Spring. You’ll find it down a winding, scenic road. As you travel there, you know you’re headed somewhere special and nearly holy. The tradition officially began in 1883. As with most Islay Scotch distilleries, the roots run even further back.

The Bunnahabhain 12 came on the scene in 1979. You can still get it today, and we highly recommend that you do so. If you’re a purist or plan on being one, note this: there are no added colors or chill-filtration in this process. Their lineup is nothing to overlook. What variety! If you can book a tour, make it happen. You even get to fill your own bottle with the good stuff as soon as you arrive. 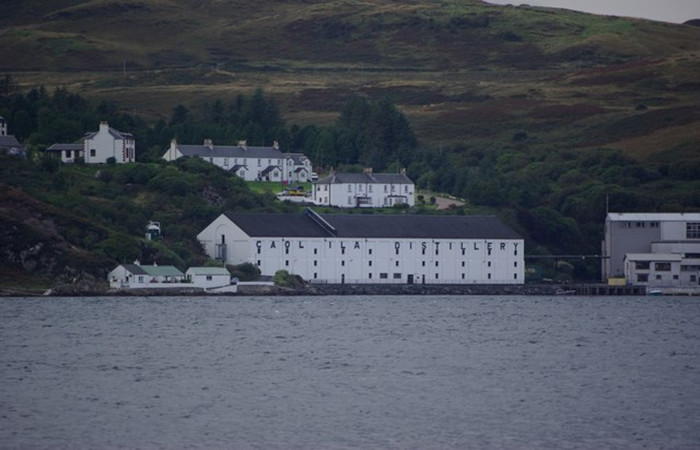 Caol Ila is on
the Islay Sound. It’s the largest distillery on the island, and it produces up
to three million liters of whisky per year. The whisky is notably light. It’s
very flavorful with a signature long, medium-smoke finish. In fact, Caol Ila 12
hits us with hickory and mint.

These pours of Islay Scotch won’t murder your throat. That’s why we recommend them for newbies. (See our article Scotch for Beginners for more suggestions!) But we recommend the pilgrimage to Caol Ila for anyone interested. It’s one of the lesser-known distilleries. But you should certainly get to know it. Herbal notes and unpeated varieties make it a winner if you’re looking for intro bottles or something unique and exciting. 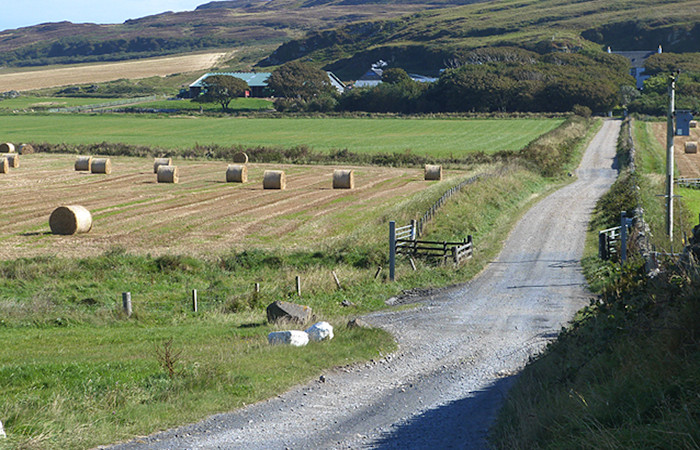 Kilchoman is a newbie itself. The distillery launched
in 2005. But don’t let its youth fool you. What makes it special is that every
part of the production is done right on Islay. It’s not only single malt; it’s
“single farm single malt.” From growing the barley all the way to
bottling--it’s a homegrown and homemade whisky. Through and through.

Like we mentioned above, it’s certainly smoke. Like, in-your-face smoke. Beefy smoke. It floods your entire being. But you also meet with fruit and vanilla. It’s a treat. And we just appreciate the beginning-to-end, in-house attention. That’s next-level. And we applaud Kilchoman for their “100% Islay” label. That’s truly exceptional. 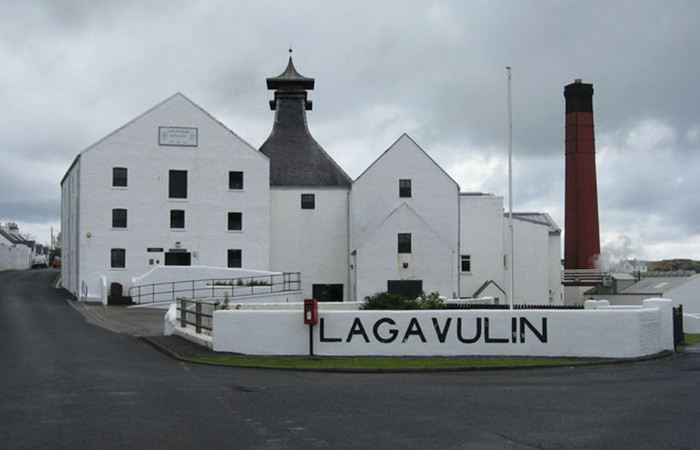 Bowmore may be
the oldest legal establishment, but Lagavulin’s roots trace back to
1742. Thank you for everything, John Johnson and Archibald Campbell. These
whisky OGs may have been liquor outlaws, but they’re angels in our book.

Lagavulin 16 is magnificent. It’s packed with savory flavor. Seriously big-time peat. That said, you’re either going to take it or leave it. In our humble opinion, this is what Islays are all about right here. 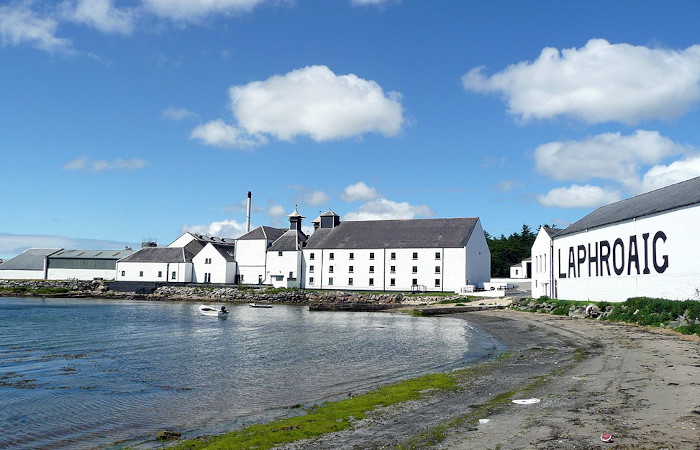 We love everything about this vision. | Image credit: Wikimedia Commons

In Gaelic, Laphroaig
means “beautiful hollow by the broad bay.” The distillery is on land once
purchased for raising cattle. The leftover feed went to making whisky. By 1815,
word had spread that this Laphroaig land was raising more than cattle. They
were crafting a damn fine whisky. This was certainly more profitable for the
Johnston brothers.

Laphroaig 10 is a taste of the sea. It’s a wonder of the world with its seaweed and even medicinal notes. And it’s smoky, but it’s also smooth. It’s appreciated around the globe. Safe to say, it’s a classic.

And don’t
forget to check out Ardnahoe! It got its start in October of 2018. It’s a
baby prince in the midst of some of these time-tested kings of Islay Scotch.
But we’re excited to see what the future holds.

If you could
visit only one of the eight famous Islay Scotch distilleries, which would you
choose? Why? Difficult decision, right? Tell us in the comments below. And you
can only live on tidbits and stories for so long. It may be time to make an
Islay tour an official destination.

Before you go,
and while we’re on the topic of whisky... Don’t leave without seeing our whisky decanters and whisky glasses. They’re perfect for your peated or unpeated
experience. The luxurious wood and glass are handcrafted and hand-blown. Our
local craftsmen and artisans never let us down. And you’ll be pleasantly
surprised.

Islay Scotch
and its process respect the planet. And we do, too. For every decanter we sell,
we plant a tree. It’s part of our Buy One Plant One mission. We’re proud of it.
We do what we can to give back to the environment that so generously gives to
us.

We’ll catch you
later, Scotch kiddos and veterans! We hope these snippets of greatness have
been helpful. Subscribe to the blog for more. We’re always growing and learning
together here.