Beyond the Old Fashioned: Classic Cocktails You Should Be Ordering

National Cocktail Day is almost here (March 24th 2021), and to celebrate, we’ve compiled a list of historic cocktails to try.

With their colorful names and various documented histories, the cocktails below are a great way to expand your drinking experience. Unfamiliar? Your local bartender likely knows them well.

The Negroni - The Bold

The Negroni is not everyone’s gin cocktail. The bitter flavor of the Campari finish tends to divide the camps into those who love it and those who loath it. Although its origins are a little misty, it appears to have originated in Italy over 100 years ago. However long it’s been around, it’s enough to produce a lot of variations.

You’ll know your bartender knows their Negroni if they build it layer by layer. Some swear that it shouldn’t be touched after that except to add an ice cube. Others adhere to a light swirl to gently mix the layers.

The Sidecar - A Balancing Act

The Sidecar’s claim to fame is as much its history as its use of cognac and orange liqueur. The fact that no two orange liqueurs are the same makes balancing the flavors a mixologist’s challenge. There are many variations, so ask your local bartender if they have a unique take on it.

And yes, it was named after the motorcycle sidecar and may have debuted at The Ritz hotel in Paris during WWI. 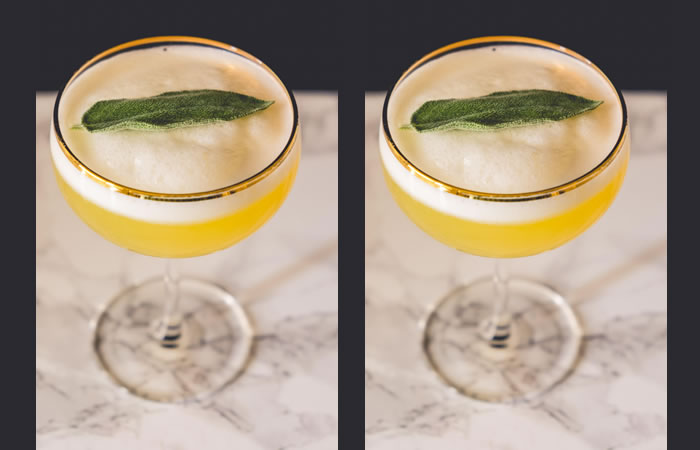 The Whiskey Sour - The Classic

Nothing is quite as straightforward or as classic as The Whiskey Sour: Spirit + Sour + Sweet! Its nautical origin parallels that of Grog and the Gimlet. It made its appearance in the late 1860s on ships as a precaution against scurvy--a disease caused by a lack of vitamin C—likely because it was more bracing than sucking on a lemon wedge.

The simplicity of the Sour is the basis for many variations, from using herb/honey syrup to complement a Scotch whiskey, to grapefruit juice or bitters for a rye, or adding sweet vermouth to a Sour made with Bourbon.

The Sazerac’s history begins in Haiti’s French Quarter in the 1850s and then moves into the city of New Orleans. It started as the unlikely mix of Peychaud’s Bitters, a patented herbal remedy, with a brandy--Sazerac-de-Forge et Fils.

It would have likely stayed a brandy drink, but nature, in the form of the Phylloxera aphid, intervened. In the late 1800s, it decimated the French vineyards. With the French wine and brandy industry in tatters, the Sazerac moved from brandy to rye.

As of 2008, Sazerac is the Official Cocktail of New Orleans!

The Tom Collins may have gotten its moniker from the “Great Tom Collins Hoax of 1874.” As the story goes, the joke starts with someone asking, “Have you seen Tom Collins?” and then becomes a free for all as the audience is told of a “loose-lipped” Tom Collins who is spreading lies about them, usually leading to an angry chase from bar to bar. The joke became so popular that newspapers were publishing reported sightings.

At some point, a bartender decided to name a gin drink “Tom Collins,” and every time someone came to the bar looking for him, they would be served the cocktail. Which they probably needed--the Tom Collins’ mix of gin, lemon juice, simple syrup, and club soda was the perfect finish to their chase around town.

The history of the Moscow Mule and its classic hand-beaten copper mug is right out of a film script.

The Scene: 9170 on the Sunset Strip, a celebrity bar called the Cock ’N Bull. It is 1941, and bartender Wes Price is looking at his storeroom with too much house-made ginger beer, while Smirnoff Vodka cases are taking up room he could use for more profitable stock. He decides to mix the two for a new house drink. But how to market it to the patrons?

Enter Sophie Berezinski, recently arrived from Russia with a stockpile of her dad’s handmade copper mugs to sell. Two plus two made the Smirnoff Mule--part ginger beer, part vodka, served up in a copper mug with a splash of lime.

The name became problematic during the McCarthy era, where anything linked to Russia was blacklisted. To protect their profitable cocktail, the Cock ’N Bull changed it to the Moscow Mule. Kismet!

The Gimlet - The Provocateur

“A real gimlet is gin and half Rose’s Lime Juice and nothing else. It beats martinis hollow.” ~ Philip Marlowe, The Long Goodbye by Raymond Chandler, 1953

The Gimlet had been around since the 1860s--yet another prophylactic for scurvy. Like Grog and the Whiskey Sour, the Gimlet was used to get sailors to take their vitamin C, this time via gin and Rose’s lime juice. Rose’s used alcohol to preserve the lime juice, which worked great for long voyages. Mixed with Navy-strength gin at a whopping 114 proof, it must have been a real kicker.

The Gimlet might have faded into history if not for Raymond Chandler introducing it as his hard-boiled detective Philip Marlowe’s favorite drink. Popularity surged and continues. Many modern mixologists use freshly-squeezed lime and simple syrup rather than Rose’s for more tang and less sugar, but both versions are tasty.

The Paloma - The Hoax

The Paloma is a popular cocktail of tequila mixed with grapefruit soda. But its origins were made impenetrable due to a fraud perpetrated in the digital age.

All references to the Paloma reference a 1953 pamphlet entitled “Popular Cocktails of the Rio Grande.” Once cited on Wikipedia, the reference went viral. But Jeremy Foyd of Distinguished Spirits, curious to find this forgotten volume, quickly concluded that it didn’t exist.

Eventually, the truth came out. In 2009 a group of friends from a Boston bar had decided to make some changes to several cocktails' Wikipedia pages, just to see if anyone would notice.

We hope you find a new favorite among these tried-and-true classics!

Have a favorite classic cocktail? Tried an exceptional version of the drinks listed above? Let us know in the comments!