Scotch Recommendations for 2019 by Region in Scotland

Below, Scotch Served Neat offers their top scotch recommendations for 2018. This includes their top selection from three regions in Scotland (Highlands, Islay and Speyside). In addition, they give their top value pick for 2019 and a lesser known selection.

Dalwhinnie 15 Year. In our opinion Dalwhinnie is one of the BEST Highland Single Malts out there. In 2014 it received 95 points and was awarded "Liquid Gold Award" by Jim Murray's WhiskyBible. If you're looking for a soft, sweet and easy drinking whisky, look not further. But, why is it so uncommon on shelves you ask? Maybe because only 10% of it's production goes into the singlemalt while the remaining whisky goes into blending Buchanan's & Black & White Blended Scotch!  At 1164 feet, Dalwhinnie Distillery is the highest altitude distillery in Scotland. It also happens to be the coldest place in all of Britain.

Lagavulin 16 Year. Pronounced LAG-A-VU-LIN, this single malt Scotch whisky is distilled in the small village of Lagavulin on the island of  Islay, Scotland. The Distillery sits on the coast right between Laphroaig and Ardbeg distilleries. Lagavulin is very well known for its extreme peat. It also has a very rich and sweet mouthfeel making it one of the most complex Islay malts. There are many great scotches produced on Islay but nothing beats LAGAVULIN in our opinion. If you're into pairing your scotch, Lag goes fantastic with some good crumbled blue cheese

Cragganmore 12 Year. The Cragganmore Distillery located in a small town called Ballindalloch, opened it's doors in 1869. The distillery was run by Master Distiller John Smith who had great experience as previous manager of the Macallan, Glenlivet, Glenfarclas distilleries.  Today Cragganmore is lead by Master Distiller  Laura Vernon. Cragganmore whisky is very unique. One reason is they use a very short still with a flat top. This has a definite effect on the taste and aroma of the malt. Although not as mainstream has some of its Speyside neighbors, Cragganmore 12 Year has been a favorite at the San Fran Spirits Competition. Between 2005 and 2012 it won two double gold, one gold and three silver medals.

Copper Dog Whisky is a  blend of 8 Speyside malts. It is named after a device made of a copper pipe with a penny soldered to one end and cork on the other end. The device used to be used by Distillery workers to sneak whisky from the cask. Copper Dog is new to the market and a great, everyday drinking, inexpensive, mixable blended scotch whisky.

Clynelish 14 is a fantastic single malt. It was been created as the successor of the well known Brora Single Malt Scotch. The distillery remains on the same Brora property today. Up until recently this Malt was only used for blending and available through independent bottlers. This Highland Malt perfectly balances its light, sweet, peaty characters. Many consider this Malt liquid gold and one of the best entry level whiskies ever bottled. 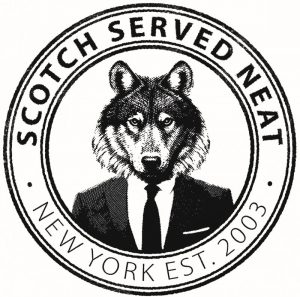 Scotch Served Neat is a whisky lifestyle brand dedicated to bringing you the best and most interesting whisky content. SSN is in the process of building a one of a kind website geared towards beginners to the most experienced whisky drinkers in the world! We also offer unique private tasting experiences ranging from weddings to educational corporate events.